In just shy of a month from now, Seattle Center Monorail will celebrate its 58th year of service in Seattle. The Monorail was built for the 1962 World’s Fair. During the six months of the Fair, this system carried over 8 million passengers, equivalent to about 45,000 passengers per day.

SMS is thrilled about the commitment NHL Seattle has made to identify alternative ways to manage transportation.

SMS and NHL Seattle will make private capital investments at Westlake Station that will double system capacity, improve accessibility, and better connect the Monorail with the regional transit network. These improvements are an investment in an enduring and iconic system, leveraging the vision that City leaders had nearly six decades ago.

These improvements were informed by the Station Configuration Evaluation Report completed by VIA Architecture in 2018. A major recommendation from the study was to increase capacity by decreasing the amount of time it takes to load and unload passengers from each train. Monorail station improvements seek to accomplish the following:

VIA Architecture is working with Seattle Monorail Services and NHL Seattle to design this transformative project.

Public transportation is an important way attendees will get to NHL games at the new Arena. Today, NHL Seattle also announced that they will offer subsidized public transit for all fans attending hockey games at the New Arena.

NHL Seattle becomes the first Seattle-based sports franchise and only the third professional sports organization in the U.S. to offer a free public transit benefit for fans. Only the NBA’s Phoenix Suns and the Golden State Warriors have similar programs-and Seattle’s is by far the most ambitious. The only exception will be fans who already receive ORCA card subsidies from employers.

The closure will last from March 17 until at least April 6. We are continually assessing conditions as we determine a date for reopening. More info here.

Effective March 16 at 7:00pm, Seattle Center Monorail is out of service.

The closure will last from March 17 until at least April 6. We are continually assessing conditions as we determine a date for reopening.

On Your Phone
using the Transit Go Ticket mobile app 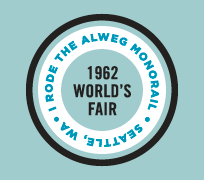